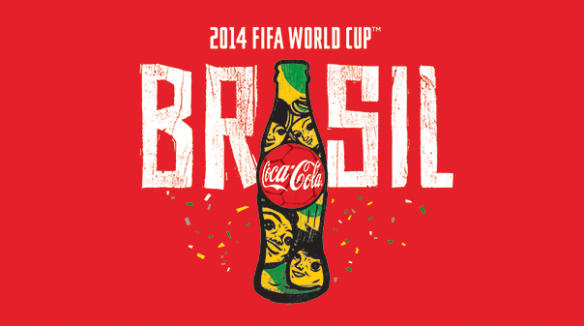 Even though Coca-Cola are the undisputed leaders when it comes to using music in advertising (“I’d Like To Teach the World to Sing”, “First Time” a.s.o.), it has generally been campaign based. After a rather long period of disorientation at the end of the 90’s, Coca-Cola have developed a Sound Logo which, despite its initial rather discrete use, has been implemented quite consistently – especially in the Olympics and other major sporting events.

Now, as FIFA-Sponsor, they are really showing the world how Sound Branding works with their official song – “The World is Ours”.

So, what are they doing right? Apart from choosing a singer who was born in Brasil and is already quite well known from the “The X Factor”, they have created a rather catchy middle-of-the-road song and given it a distinctive Brazilian feel by featuring percussion from a group called Monobloco. But most important of all, the song features the Coca-Cola Sound Logo, which although prominent, is still used aesthetically. Admittedly, the majority of people may not able to sing the Coca-Cola Sound Logo on demand, as they probably could with “Intel“. Nevertheless, I predict that this track will trigger a definite association to Coca-Cola in the minds of the great majority of listeners.

We use cookies on our website to give you the most relevant experience by remembering your preferences and repeat visits.
By clicking “ACCEPT ALL”, you consent to the use of ALL the cookies. However, you may visit "Cookie Settings" to provide a controlled consent.
Cookie SettingsREJECT ALLACCEPT ALL
Manage consent

This website uses cookies to improve your experience while you navigate through the website. Out of these, the cookies that are categorized as necessary are stored on your browser as they are essential for the working of basic functionalities of the website. We also use third-party cookies that help us analyze and understand how you use this website. These cookies will be stored in your browser only with your consent. You also have the option to opt-out of these cookies. But opting out of some of these cookies may affect your browsing experience.
Necessary Always Enabled

Performance cookies are used to understand and analyze the key performance indexes of the website which helps in delivering a better user experience for the visitors.

Analytical cookies are used to understand how visitors interact with the website. These cookies help provide information on metrics the number of visitors, bounce rate, traffic source, etc.

Advertisement cookies are used to provide visitors with relevant ads and marketing campaigns. These cookies track visitors across websites and collect information to provide customized ads.

Other uncategorized cookies are those that are being analyzed and have not been classified into a category as yet.